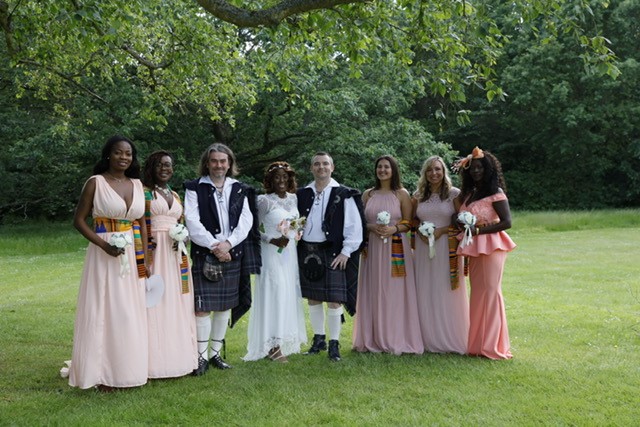 Each country has its own legislation and citizens of the country need to follow it. The wedding process is made up of two aspects: traditional and legal. You need to follow the legislation to make your wedding legal according to the law of your country. Generally, all countries give permission to get married to adults without much hassle. However, there are some cases in which some countries have very difficult laws to getting married or even worse the wedding is not legally accepted. Let’s have a quick look at the major condition in which many countries don’t approve the wedding legally:

In these kinds of situations or any similar situation, the couples get disheartened and feel there is no way to get legally married. However, the reality is different and in favour of these types of couples. If you are one such couple who cannot get married in their home country or residential country due to legal aspects, then we have a solution to legally get married.

The solution is to get married in Denmark.

Well, Denmark is one of those few countries that believe in the fact that there is no reason to keep two people separate if they are in love. The Danish legislation is very friendly for foreign couples who want to get married. Also, the process of getting married in Denmark is very easy and fast.

Explore more details about the process to get married in Denmark.

Danish legislation allows cross culture, cross nationality, and same sex marriage with the same process as it is for any other couple. Of course, there are some laws in the public interest such as both partners must be in an unmarried state at the time of marriage and must be adults.

The wedding certificate of Denmark that is Apostille by the foreign ministry is legally accepted in almost all countries.

You can hire a wedding planner that will assist you in completing the wedding process and legal formalities including, paperwork and Apostille.  You will not only have a legally accepted wedding, but also the most romantic and perfect wedding.

Let’s connect to discuss your problems and I will share how we can help you to get married in Denmark.