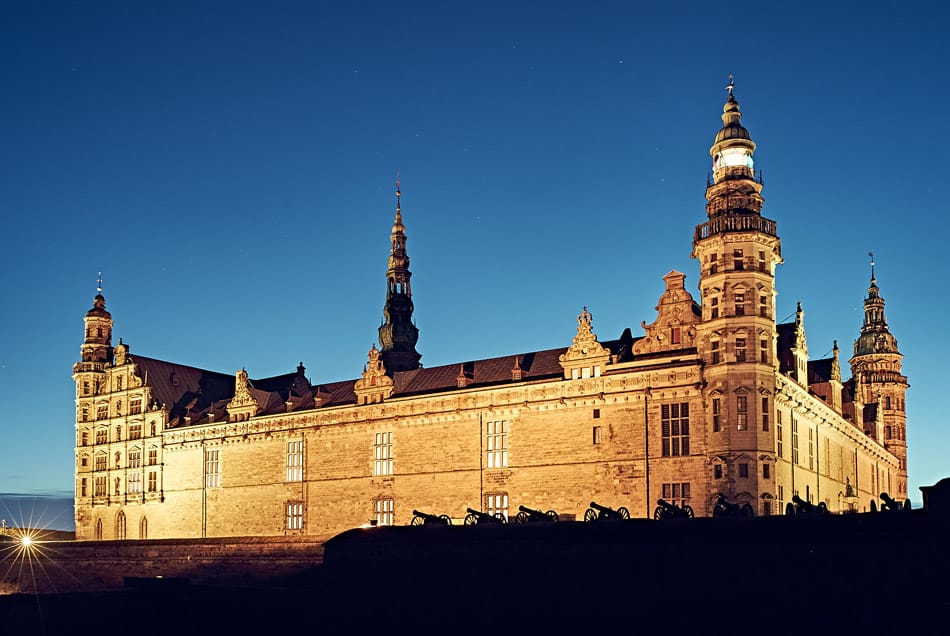 There are many amazing castles in the world that boast about the impressive past of kings, states, countries, etc. Kronborg castle is one of the royal castles that have made its mark.

Kronborg castle was built in the 14th century to boast about the wealth of Denmark. The castle has a copper roof and shining walls, which are still withstanding its beauty. The castle has seen many battles as it was built to guard the city against possible attacks. The castle touches the sky and from the rooftop, one can see the views from sound to Sweden. It is situated strategically to gain many benefits. In the past, the soldiers used to keep eyes on ships passing from the ocean and also collect the taxes from them. The military used this castle since 1991. It also gives a clear view to assure safety and security.

Right now, it gives an eye-catching view to visitors. It has a huge Court Yard, which lets its users experience the beauty of the Castle from outside. If you go inside, you can see different chambers where the royal family used to live. You can get a hint of how people used to live in this castle when you walk through the castle. Some of the chambers are indeed beautiful such as King’s tower, Erik of Pommerania’s chamber, etc.

Down in the casemate, you can experience how soldiers and prisoners used to live in this Castle 200 years ago. You will need to use a candle or a torch to walk yourself through this place which is extremely dark.

On the roof, you can see the Flag Bastion with ancient cannons.

The castle is one of the world heritage sites declared by UNESCO.

That being said, this Castle also has its own history in literature. The most popular and novel writer ever had written an amazing novel that uses Kronborg Castle as its plot. I am talking about Shakespeare and his novel Hamlet. It is the longest play of Hamlet and it is a tragic story of Hamlet who was a prince and living in the Kronborg Castle.

Kronborg Castle has its own grandiosity to impress you enough.

You can also get married in Kronborg Castle. Now, there are some chambers and outdoor locations at the Kronborg Castle, which are available as a stage to set a destination wedding. To know more about it, please contact us.