Real Wedding Story: Against All the Odds, They Got Legally Married 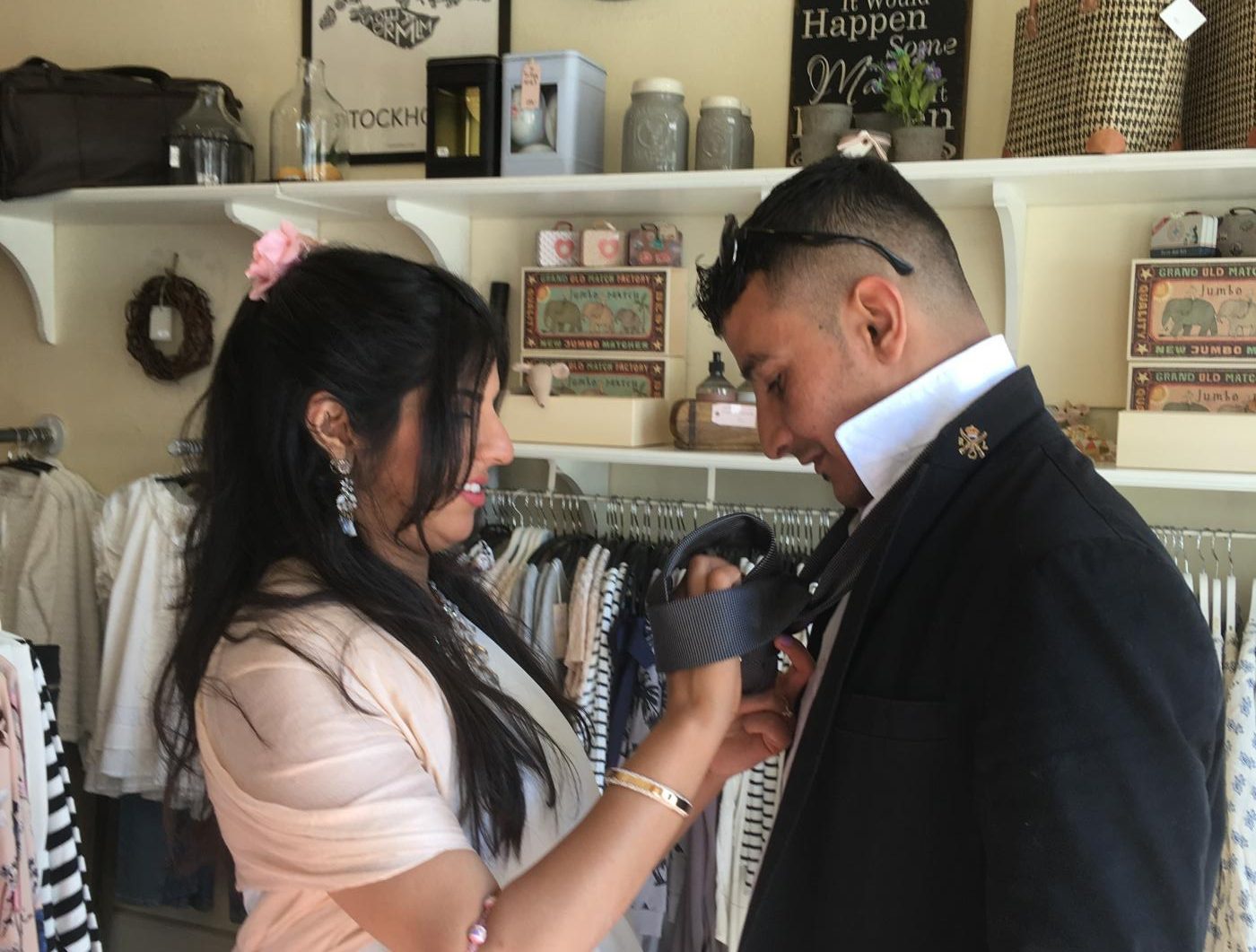 Read an emotional story of Khalil from Syria and Sofia from Canada who got married in Denmark.

A man from Syria and a woman from Canada crossed the path of life in Greece. Both of them live in Greece and they fallen in love with each other. They decided to get married, so they can stay together in their beautiful world of love. They got married in Greece with rituals under a religious ceremony. They wanted to get a legal wedding certificate to assure their wedding is legally accepted as well.

They tried to get married in Greece for many months, but the odds were blocking their way to get married. After trying too hard and making several attempts for months, they got the good news that they can get married. However, Khalil has to bring some documents. These documents have to be brought from his country, Syria. This was impossible because of the situation of war in Syria. The couple got disheartened, but they didn’t lose hope.

They decided to find an alternative to get legally married. During their hunt to find an alternative, they came across our website, Elsinore Wedding and they contacted us. Our owner Lisbeth gave the best news ever to the couple, “They can get married in Denmark and get the legal wedding certification, which will be valid worldwide.” The couple puts trust on us and Lisbeth guided them through the whole pre-wedding process.

The couple was nervous and expecting the odds may go against them again and they may face some last minute issues in the process of getting married, but with their surprise, everything went so smooth. Lisbeth had done all required preparations, including, documentation and there was nothing that can stop this couple to get married.

The moment when they signed their wedding papers, both bride and groom had been very emotional to finally see their dream of getting married with a legal wedding license true!! They were overwhelmed and so do we!!

We toasted with the champagne for their wedding and the bride and groom is now a legally wedded couple!!

Here is the testimonial given by the couple. Read their story in their own words:

I am originally from Syria, and my wife from Canada. Our story began in Greece where we both lived.

When we decided to marry, we had a religious ceremony performed. However, we also wanted our marriage to be recognized under civil law. We tried for many months in Greece to get our civil marriage license, but encountered many challenges. Finally, after many attempts, we were told that we could not marry unless I brought certain documents from my country which I could not get because of the war. That is when we started to look outside of Greece. We did lots of research, and stumbled across Elsinore Wedding. We were so lucky we did. Lisabeth guided us through each step of the process. Given our experience in Greece, we worried that we might face last minute complications. However, when we arrived in Helsingor, everything went so smoothly, and Lisabeth had everything prepared with the city officials before we arrived. The moment we were able to finally sign our marriage contract was an emotional one for all. Lisabeth and Helsingor will remain part of our memory, and our story of how we married. We are forever grateful.

Denmark is one of the countries that have flexible wedding law because Danish legislation believes in the Philosophy “Nobody should keep two souls in love apart.” If you, too, are facing some issues to get married in your country, we can help you to get married in Denmark. Contact us to discuss more.