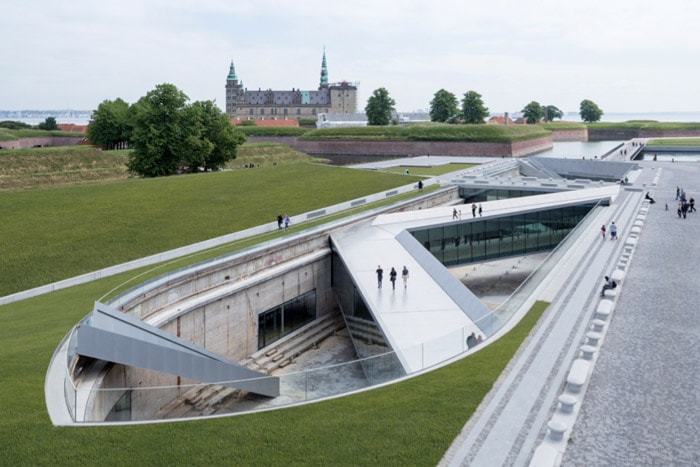 Elsinore is the perfect tourist destination for anyone who is planning to head out and have fun vacations. Elsinore is a 15th or 16th-century city that did a great job in keeping its medieval look intact despite being a large city! The true flavor of Elsinore can be tasted only when one takes a stroll through its narrow streets and lanes! Oh! Be sure that you also check out the shopping junctions of the city and its remarkable harbor to make the most out of your visit!

That being said, let’s dive straight into the list of must-visit places in Elsinore, Denmark:

The Kronborg slot is best known for its castle that found its place in the writings of Shakespeare in his popular novel Hamlet! It is a UNESCO World Heritage Site and is often considered as a masterpiece of the Renaissance Era. Its copper spires with their baroque-green hue are marvelous to look at! The castle is riddled with moats, bastions and fortification feature that tourists are allowed to discover without charging for them! In case you want to get the most out of your visit to this magnificent castle, it is advised to pay the entry fee and get the inside experience of the castle. The ceiling paintings, viewpoint, tapestries, royal chambers and subterranean dungeon passages are sure to sweep you off your feet!

It is a subterranean museum that was built on a dry dock that sits just beside the famous Kronborg Slot. The impressive design of the establishment and its interactive multimedia galleries are some of the many attributes that make paying a visit here worthwhile! If you want to know about the maritime exploits and history of Denmark, this is the place you must visit! Displays consist of sea charts, nautical instruments, the trades and the exploits of the overseas colonies of Denmark.

If you are a lover of the culinary art and has been on the lookout for an authentic Danish culinary experience then this is the place to be! It is a house that is built back in 1694 that is coupled with a cobbled courtyard! It is a joint that is known for their solid and honest Danish culinary staples. It is recommended to give the salad, home-made rye bread, pork slices and of course the salmon pâté a try!